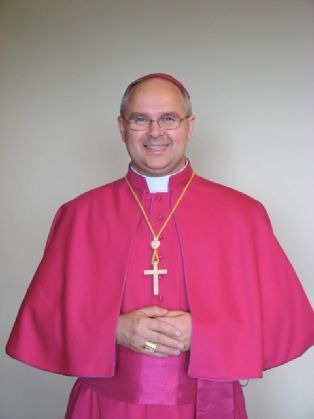 Bishop Anthony Krótki was born on June 12, 1964, in Istebna, Poland. He completed his formation in philosophy and theology at the Oblate Scholasticate in Poland, 1985-1990. He joined the Oblates of Mary Immaculate in 1984, made perpetual vows in 1988, and was ordained a priest on June 19, 1990. After ordination, he did parish ministry in Poznan, Poland, before coming to Canada on October 28, 1990, to assist the Oblates in Manitoba. Father Krótki first served in Winnipeg and Toronto, before going to the Diocese of Churchill-Hudson Bay. He has served as pastor in Igloolik, 1991-1993; Gjoa Haven, 1993-2001, serving also Kugaaruk and Taloyoak, and then again in Igloolik from 2001 - 2013 looking after three additional missions - Pond Inlet, Arctic Bay and Hall Beach. Bishop Anthony Krótki became a Canadian citizen on May 14, 1996. He speaks English and Polish fluently, and is able to communicate in Inuktitut.