Foundation of the Missionary Oblates

The religious group called Missionary Oblates of Mary Immaculate was founded in France in 1816. A young priest, Eugene de Mazenod , has dedicated his time and work to the most poor and abandoned of the southern France, although he himself grew up in an aristocratic family. Other priest and later also lay brothers joined him slowly, and in 1825 the group counted already 25 members. The next year this community was approved by pope.

Since pope's approval the Oblates increased slowly their number and were still dedicated to serve the poor. Eugene de Mazenod became bishop of Marseilles. In 1841 he received a visit from a Canadian bishop, Ignace Bourget, who arrived in Marseilles on June 21, 1841, enroute to Rome. Throughout France he had tried unsuccessfully to find missionaries for Canada. When he discovered that bishop de Mazenod was the founder of a society of missionaries, he begged him to heed the call of Canada. The same year first four Oblates left France for the Canadian missions.

The missionary goal for generations of Christians was to reach the furthest areas of the world with the message of Jesus Christ. That's why the Oblates desired early to meet Inuit and to live among them, hoping for their conversion to Christianity. Before the presence of missionaries in the Arctic became permanent, some of them have met Inuit who were coming to trade furs in the southern edges of the Arctic. Missionary travels into Inuit territory were rare, nevertheless more or less deep relations were already established. First missionaries to meet Inuit

Mission in the Hudson Bay Area

It was father Arsène Turquetil OMI  who built the first permanent mission among the Inuit of Hudson Bay, in Chesterfield Inlet, at the end of the year 1912. This was already his third attempt to approach the Arctic. In 1901 a frozen knee obliged him to return from his trip. In 1906 he spent seven months with the Inuit in the Kazan River area, studying their language and customs. Finally in 1911 he was sent by Ovide Charlebois OMI, bishop of Keewatin, who was responsible for the organization of the Church in the vast area from Keewatin up to the North Pole. After having consulted the Inuit at Churchill father Turquetil decided the construction of the church in Chesterfield Inlet. The reason for Chesterfield was its central position in the Hudson Bay area and from there a possibility of reaching other important settlements.

The missionary life followed the rhythm of life of the Inuit. Oblate fathers and brothers had to learn how to travel with a dog team, how to hunt and how to survive in the tough climate of the North. If they succeeded in doing that it's only thanks to the local people who were willing to help and guide their steps.

The Bishops of Hudson Bay

As the catholic mission was progressing, the structure of the church developed as well. There were different steps to complete. At first the Church in the North was supervised by bishop of Keewatin. On July 15, 1925, the mission to the Inuit gained certain independence, with the establishment of the Apostolic Prefecture of Hudson Bay. In 1931 the territory of the Prefecture was set up as an Apostolic Vicariate of which Arsène Turquetil became the first bishop (consacrated in 1932). His successors were: Marc Lacroix OMI (1942) and Omer Robidoux OMI(1970), Bishop Reynald Rouleau OMI (1987) and our current bishop, Bishop Tony Krótki, OMI who was appointed as the head of the Diocese of Churchill-Hudson Bay, Canada on May 30, 2013. 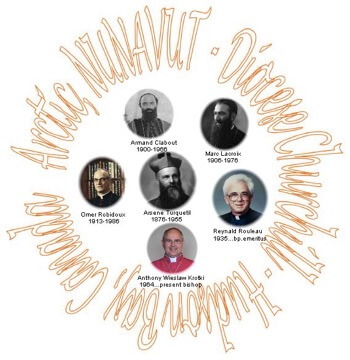 Bishop Robidoux wrote in 1983: “Presently, our missionary and apostolic work faces new challenges in front of the rapid development of the North. The greatest of all is to reveal the Risen Christ to a world in continuous change, full of controversial theories and innovations, affecting both the spiritual, as well as the material and cultural aspect of the native peoples”. Church today is trying to be present to the people who are facing those challenges in their lives. Is offering the values of Christian life as an answer to the most important questions of human person. With the common effort of the missionaries and lay Christians the catholic community is building the Church more rooted in the 2000 years of Christian tradition and attentive at values of the historical Inuit heritage. 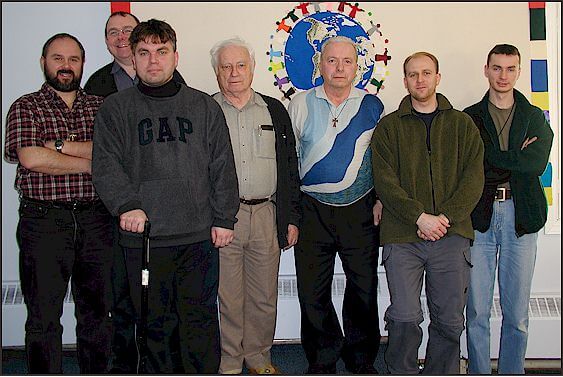 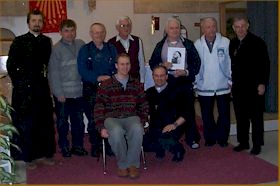