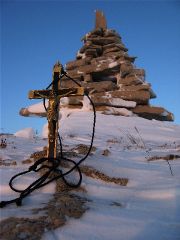 What Are the Oblates

Missionary Oblates of Mary Immaculate is an international catholic religious congregation, working in 68 countries of the world. It's goal is to reach the most poor and abbandoned of the society and to proclaim the Gospel as the source of liberation and freedom, offered to everyone. They serve the catholic communities as priest and brothers but are dedicated also in the special way to address those who don't share the same faith, presenting Christ through the way of dialogue and mutual sharing.

Started by Eugene de Mazenod , the Oblates were founded in 1816 in France. They are present permanently among the Inuit of Hudson Bay area since 1912. "OMI" is an abbreviation used to identify person as a member of Oblate congregation. "Oblate" means "offered" ("oblatus" in Latin language).

More about Oblates can be found at: www.omiworld.org  and www.omilacombe.ca 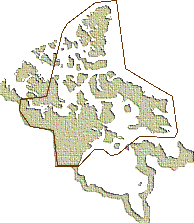 Nunavut is a new canadian territory, officially proclaimed on April 1st 1999. It includes most of the Canadian Arctic area, inhabited traditionally by the Inuit. Its capital is Iqaluit on Baffin Island.

As for the Oblate ministry in Nunavut, it depends on the structure of the Catholic Church. In this site we present Oblate work within Diocese of Churchill - Hudson Bay, which covers most of the Nunavut territory. More western communities though (like Cambridge Bay etc.) belong to the Diocese of Mackenzie. 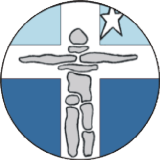 Structure of the Catholic Church

The Catholic Church organization in the world is based on the territorial structures called dioceses. Each diocese has its capital where the bishop is residing. To him the spiritual and administrative care and responsibility for the faithful is given. Most missions in Nunavut belong to the Diocese of Churchill-Hudson Bay. Its capital is Churchill (Manitoba), all the other communities of the diocese are located in Nunavut. The present bishop is Most Rev. Anthony Wiesław Krótki OMI.

The Oblate mission is mainly that of proclaiming Jesus Christ to the most abandoned. We preach the Gospel among people who have not yet received it and help them see their own values in its light. Wherever we work, our mission is especially to those people whose condition cries out for salvation and for the hope which only Jesus Christ can fully bring. These are the poor with their many faces; we give them our preference.

Oblates in the Canadian Arctic

The Roman-Catholic mission to the Inuit in the Hudson Bay area began formally in 1912, in Chesterfield Inlet. It was initiated and then continued by Missionary Oblates of Mary Immaculate (OMI), who till today form almost entirely the clergy personnel of the Diocese of Churchill-Hudson Bay, serving this way most communities of Nunavut Territory.

The present missionary goals of the Oblates consist in establishing the local Church and in strengthening the Christian communities through their apostolic commitments. Missionary Oblates together with other pastoral workers of the diocese are especially attentive to lay ministries, the evangelization of the families, youth leadership and fostering community out-reach.

They are responsible for traditional pastoral and sacramental ministry but also promote and support lay ministries, work with families and encourage youth leadership. 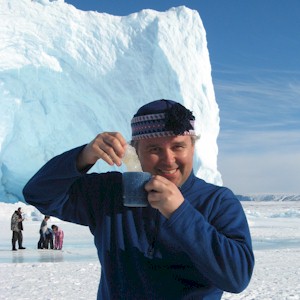